Prepare yourself to step into a time-wrap and let your senses contradict each other. Cuba, quirky with it’s nostalgic vintage transports, Spanish-colonial architecture and Caribbean culture fused together with communist rule and modern society  – this island is a magical and unique yacht charter destination.

The Republic of Cuba

Geographically The Republic of Cuba is a part of the Greater Antilles and is located in the northern Caribbean and include the main island of Cuba (the largest island in the Caribbean) as well as Isla de la Juventud and several minor islands and islets.

The main island has and area of over hundred thousand square kilometers and has over 11 million habitants. Culturally the country is considered part of Latin America where the habitants are multi-ethnic with roots in the aboriginal Taíno and Ciboney peoples that has had a long history of Spanish colonialism and introduction of African slaves with the addition of close relationship with the Soviet Union.

With nine areas listed on UNESCOs World Heritage List (seven cultural and two natural), a visit to the island is a must for anyone having interest in Caribbean history and heritage.

National Park of the Guanahacabibes Peninsula

On the most western tip of Cuba you will find The Guanahacabibes National Park. It is one of Cuba’s largest natural reserves.

The ecologically rich peninsula is separated from the rest of the island by white-sand plains and was one of the last refuges of aboriginals fleeing from the Spanish conquistadors. It has many archeological sites linked to the life the early habitants known as Guanahatabeyes.

UNESCO’sBiosphere Reserve includes both sea and land areas – coral reefs, rocky and sandy beaches, evergreens, mangroves and more. The biodiversity of flora and fauna is high including many threatened species.

Located in the Sierra de los Organos  encircled by mountains and dotted with spectacular dome-like limestone outcrops resides the  Viñales Valley. Protected by UNESCO’s World Heritage list, the valley’s farmlands and villages is vernacular with an agricultural production that still using traditional methods.

Havana is the capital city, largest city, province, major port, and leading commercial centre of Cuba. The city is approx. 730 square km / 280 square miles and is the largest city in Cuba. It is located on the north-westen shores of the island and Old Havana was founded by the Spanish in the 16th century. Today Havana has expanded to not only include Old Havana but also Vedado and newer surrounding districts so the city is now has 15 municipalities.

Havana is a successfully fusion with it’s colonial past and the modern society. Havana is considered as the largest city in the whole of the Caribbean and possibly one of the most culturally-rich city center across the globe. Venture out into this bustling city filled with culture with passion, exuberant dans and music, see the cathedrals, the castles, the museum and do not forget to enjoy a Cuban Coffee at one of the many culture rich cafes.

One of Old Havana’s most beautiful spots is the Cathedral Square – Plaza de la Catedral. It is one of five main squares in Old Havana and the site of the Cathedral of Havana.

Old Havana and its Fortification System is an UNESCO World Heritage listing. “Urban plazas surrounded by many buildings of outstanding architectural merit and narrow streets lined with more popular or traditional styles permeate the historic centre of the city. Its overall sense of architectural, historical and environmental continuity makes it the most impressive historical city centre in the Caribbean and one of the most notable in the American continent as a whole”

The National Museum of Fine Arts of Cuba is a dual-site art museum you can spend including a wast array of items. The international section exhibits include arts from 500 BC, a Spanish collection, Roman mosaics, Greek pots and British art whereas second section displays purely Cuban art.

Considered having Caribbean most beautiful beaches the North Coasts of Cuba have plenty-fold of resorts and upmarket tourism infrastructure, Varadero in the very north being the most developed area all types of entertainment, activities and not to be forgotten a famous 20km stretch of blond sandy beach.

North of the Guardalavaca resort area Playas Turquesa and Esmeralda are another set of picture-perfect beaches with golden or white soft sand and crystal clear waters whereas  the resort and beach of Guardalava itself has a backdrop of  gentle hills and cane fields enticing Cubans and tourists alike.

Further south east on the north facing shores resides the nature reserve Alejandro de Humboldt National Park. This is another UNESCO protected site making a total nine listings on the World Heriate list and two on the Nature reserve list.

Historic Centre of Camagüey –  Camagüey – “One of the first seven villages founded by the Spaniards in Cuba, Camagüey played a prominent role as the urban centre of an inland territory dedicated to cattle breeding and the sugar industry.”

Santiago di Cuba is the second largest municipality of Cuba and is a vibrant soulful city abundant with life, music, arts, food and culture and located on the foot hills of the Sierra Maestra mountains on the south-eastern coastline.

Parque Céspedes, not far from the port, is a city square surrounded of colonial architecture and is a must if you wish to indulge in the romantic Cuban street life.

All Caribbean island locals are proud of their heritage and islands and Cuba is no exception. Carnival & Festival del Caribe – Fiesta del Fuego is grand annual event which takes place in early July allowing the Cubans celebrate their heritage and culture.

Santiago de Cuba is privilidged with two of the UNESCO World Heritage listings:

The picturesque city of Trinidad with it’s special feel, cobbled stoned streets, colourful houses sets a relaxed tempo perfect for a chilled day’s sightseeing before venturing to the close by nature park Parque Natural Topes de Collantes to the west or to Playa Ancón, a long beach with natural flair, a perfect spot to go snorkelling or diving.

Isla de la Juventud – Isle of Youth, is the largest of over three hundred islands and islets in the Canarreos Archipelago – Archipiélago de los Canarreos, has an  estimated population of 100,000. This is a off-the-beaten-track location, a white sand beach paradise. Once a pirate stong-hold the modern society has not yet taken over the island so prepare yourself to step back in time.

Exotic Cuba awaits – fill in the form below and let us help you find the perfect yacht and set up a spectacular Cuban yacht charter itienary.

Not sure of Cuba and maybe want another yacht charter destination? No problem, you can use the same form – give us your ideas and we at Nicholson Yacht Charters will make our outmost to make your dream holiday come true. 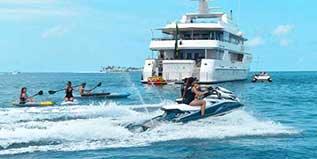 Why not choose a motor yacht for your next super yacht adventure in Cuba and the Greater Antilles? Luxury, amenities plus a friendly and professional crew will look after you and make your dream holiday come true. 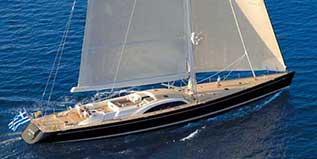 Cruise Cuba on a super sailing yacht! See the sights, explore the culture then set sail for a superb sail towards the next port of call. 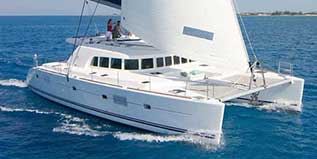 Explore fantastic Cuba, the surrounding island and some exciting sailing onboard a spacious sailing catamaran. 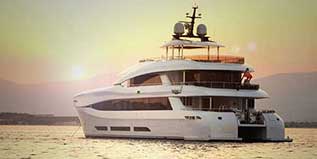 Smooth cruising onboard a spacious luxury motor catamaran yacht whilst exploring Cuba and the Greater Antilles.

If you are a golferDominican Republic is a great destination combining activities on land and at sea.