Located at the top of The Windward islands, Dominica, Martinique & St Lucia are excellent places to commence your yacht charter vacation. From here you will have favourable winds to make for some excellent and comfortable sailing. 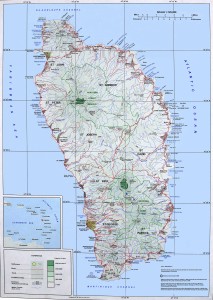 Not to be confused with the Dominican Republic – Dominica, officially the Commonwealth of Dominica,is the island at the very north of the Windward island just below Guadeloupe, Iles des Saints and the Leeward Islands.

This lush and beautiful island is 751 km2 and has a population of approx. seventy-thousand habitants. Dominica is often referred to as “The Nature Island of the Caribbean” and is clad in tropical rainforest, waterfalls, lakes and thermal hot springs. Take an island tour and find yourself in a tropical forest surrounded by a mixture of trees; coconut, mangoes, cacao, pineapple, papaya and many more all in reach of each other. Walk to the Trafalgar waterfalls located by the picturesque village of Trafalgar, visit the Emerald pool in the Morne Trois Pitons National Park, listed by UNESCO for “the rare combination of natural features of World Heritage value“.

Walk the Syndicate Nature Trail, nestled on the foothills of Dominica’s tallest mountain, Morne Diablotin, 1730 m (4,747 ft) and close to the edge of the Picard River Gorge, one of two nature trails in the Morne Diablotin National Park. 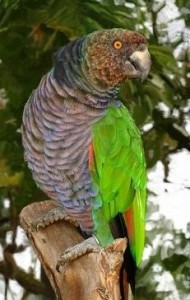 “The Pride of Dominica” – The National Bird of Dominica is the Sisserou parrot (Amazona imperils). The parrot is prominently shown of the Dominican Coat of Arms, the National Flag, The Public Seal, The Mace of the House of Assembly and Dominica’s Honours for Meritorious Service to the Country. The bird is protected, only found in Dominica and is possibly among the oldest species of Amazon parrot in the world.

Motor Yachts, Sailing Yachts and Catamarans
in the Windward Islands

South east of Dominica you will find the French island of Martinique. Together with Guadeloupe and French Guiana, Martinique is one of the Overseas Departments of France. It is also an outermost region of the European Union as the 390 thousand inhabitants of Martinique are French citizens with full political and legal rights. Martinique sends four deputies to the French National Assembly and two senators to the French Senate.

The north of Martinique has volcanic mountains with high-altitude rain forests hosting exceptional flora and fauna and has allegedly the richest tree diversity in the Lesser Antilles whereas in the south it is fairly flat and sunny and the landscape features dry forests and savannas.

The oldest city of the island and the former capital of Martinique, once nicknamed the “Little Paris of the Antilles” is the city of Saint Pierre. 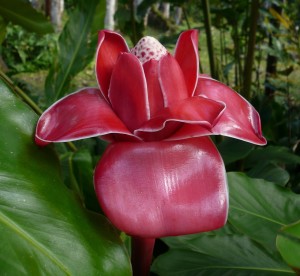 Saint Pierre was also titled “city of art and history” of French heritage in 1990. The city’s town center was destroyed in an eruption 1902 but have been rebuild by determination of the habitants and today visitors walk along the cobblestone streets to discover the restored ruins of old buildings, the volcanology museum or Chateau Depaz with it’s rum distillery.

is a beauty of biodiversity with exceptional marine flora and fauna. From the hills that climb up to the base of the wooded slopes of Carbet mountains in the north to Cape Salomon in the south at the town of Trois-Ilets and the beaches of Anses d’Arlet, home of a myriad of sea turtles. The bay was admitted in 2011 into the exclusive club of the “World’s most beautiful bays”. Fort-de-France itself is a bustling city and major commercial center of the Caribbean.

Diamond Rock is located south of Fort-de-France on Martinique’s west coast and is a a must see for nature lovers. The picturesque island pinnacle towers 175m and is today a refuge for sea birds and below the surface considered one of the best dive sites of the island. Once commissioned by the British Royal Navy as the HMS Diamond Rock the island was a witness to the clashes between the French and English over control of the Saint-Lucia Channel.

High on a hill by Diamond beach overlooking the Caribbean sea you find a lesser known attraction, The Anse Cafard Slave Memorial. 20 statues, each eight feet tall with houlders hunched and heads bowed, they commemorate an 1830 catastrophe when a slave ship failed to properly anchor in Anse Cafard and careened into Martinique’s Diamond Rock Mountain, killing many of the passengers and sailors as well as the slaves who were chained to the cargo hold.

At the southern end of the island you will find the famous post-card perfect beaches of Les Salines and The Petrified Savannah, The savanna is a self created dried marsh on the site of an ancient volcano, including the 119m peak “Morne des Pétrifications” and a regional nature reserve. The bare landscape, scattered with polychrome jasper rocks in yellow, red, or black, giving it a moon-like look and is one of the stops of the “Trace des Caps” hiking route. A hiking treek running along the south and south east shoreline of Martinique.

South of Martinique and north of St Vincent resides the beautiful island of Saint Lucia. The island is covered of lush vegetation and has fantastic scenery.

Take a moment to view this video from Saint Lucia’s Tourist Board.

The first European settlers arrived in 1660 when they signed a treaty with the native Carib Indians. A few years later the English took control of the island and alas St Lucia was then subject of wars for 150 years. The island changed to French v.s. British rule so many times that the island became known as “Helen of the West Indies”. Britain finally took control in 1814 until the late 1950’s when she became was a member of the Federation of the West Indies until Saint Lucia in February 1979 became an independent state of the Commonwealth of Nations associated with the United Kingdom.

Rodney Bay is located in north-west if the island. A bay treasured by pirates in the early 1700s and 1800s and today the area with the most tourist activity of the island.

The Pigeon Point National Landmark is the north border of the bay and is considered one of the most important monuments of Saint Lucias history. A living museum within a natural setting it has cultural and historical monuments of international, civil, military and marine cross currents. The bay has many exclusive resorts, ample of shopping opportunities and numerous restaurants and bars.

Further south on the west coast you will find St Lucia’s capital – Castries City. Founded by the French in 1650 as a safe harbour. In the early 1800 the British made the town a major naval port and built fortifications on Morne Fortune, the mountain that overlooks this important harbour. Because it was the only port in the Caribbean capable of accommodating the Royal Navy it had become a major coaling station.

The hurricane hole of Marigot Bay is south of Castries and has for centuries been a precious harbour for many yachtsmen. The harbour is neatly tucked in luscious greenery with only a few access roads. Culinary delights are to be found here both local cuisine and exquisite dining. There are some excellent diving spots on either end of the bay and it a has a long beautiful sandy beach. Truly a destination not to be missed on your yacht charter cruise.

By the Bay of Soufriere you will find the iconic Pitons of Saint Lucia. The Pitons Management Area is listed by UNESCO and has a 2,909-ha area. It includes the two volcanic spires rising from the sea, The Pitons respectively 770m and 743m high, the Piton Mitan ridge and a large marine area. Complex volcanic geothermal field with sulphurous fumeroles and hot springs allows for a vivid fauna both above and below sea level.

The Saint Lucia scenery may seam familiar as the location has been used in several films such as The Pirates of the Caribbean movies, Superman 2 and Dr Dolittle to mention a few.

The information, details and rates on this web-site is not contractual but are only general information for the public. All information is given in good faith and although believed to be correct they are not guaranteed.

Regardless if you wish to embark in Dominica, St Lucia or Martinique the Nicholson Yacht Charter team are there for you to make your Windward Island holiday the best of the best.

Fill in the form to give us an idea of your general plans and we will get back to you for further details and itinerary options.

Why not explore other yacht charter destinations in the Windward Islands.